There is a beautiful expression in Japanese: “kokoro ni hibiku” meaning “resounding in the heart”. “Hibiki” was the concept behind the concert hall built by Suntory. The aim was to build a concert hall for classical music with the best acoustics, or “hibiki”. I decided to design the symbol based on the Kanji-character of the word. Moreover, I designed several three-dimensional variations of the two-dimensional logo as sculptures to be placed inside and outside the hall. 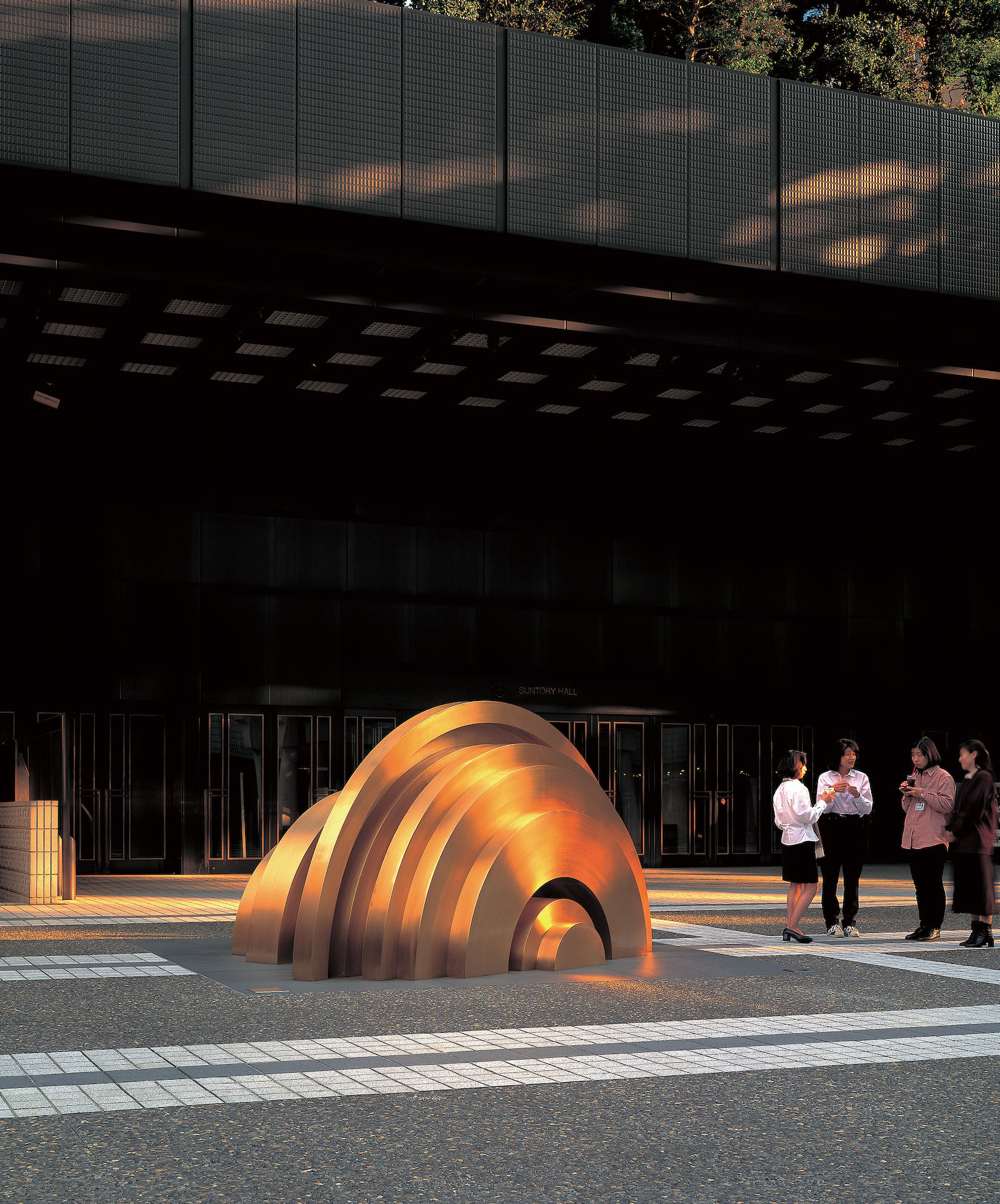 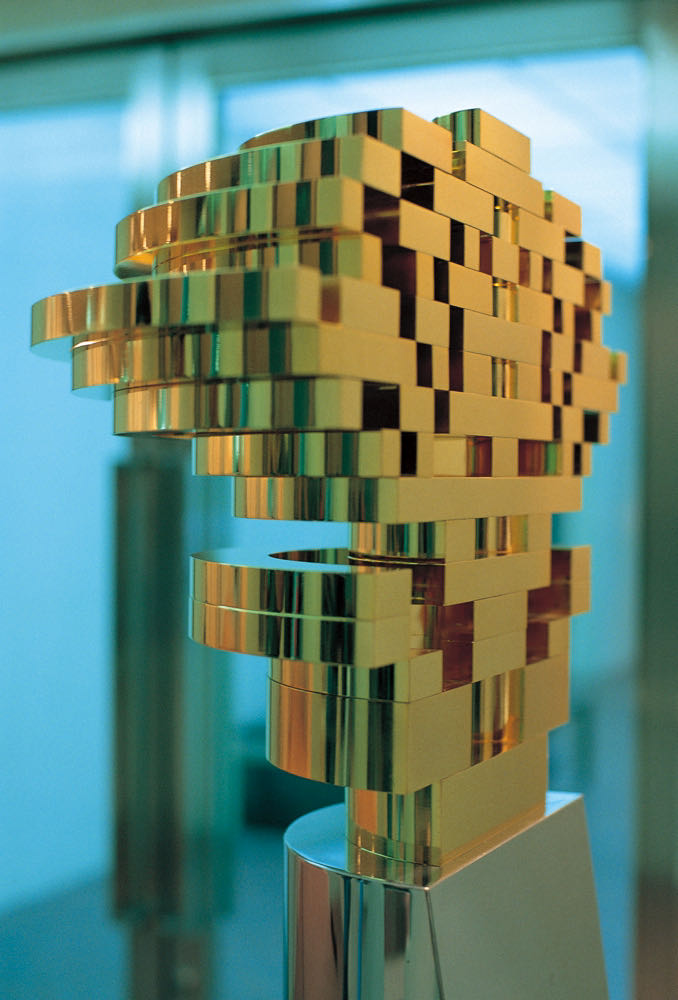