Designing a poster for the jazz festival held every summer in a park in Tokyo was a project that did not dispose of a big budget for a design fee. However, on the other hand, it allowed great freedom for the designer. At that time I was working on experimental work entitled JAZZ 15, which was exhibited in galleries in Tokyo and Amsterdam, so it was a perfect project for me. Max Bill, whose work inspired and influenced me when I was a student, had done a series entitled 15 Variations, so this is in a sense my homage to him. 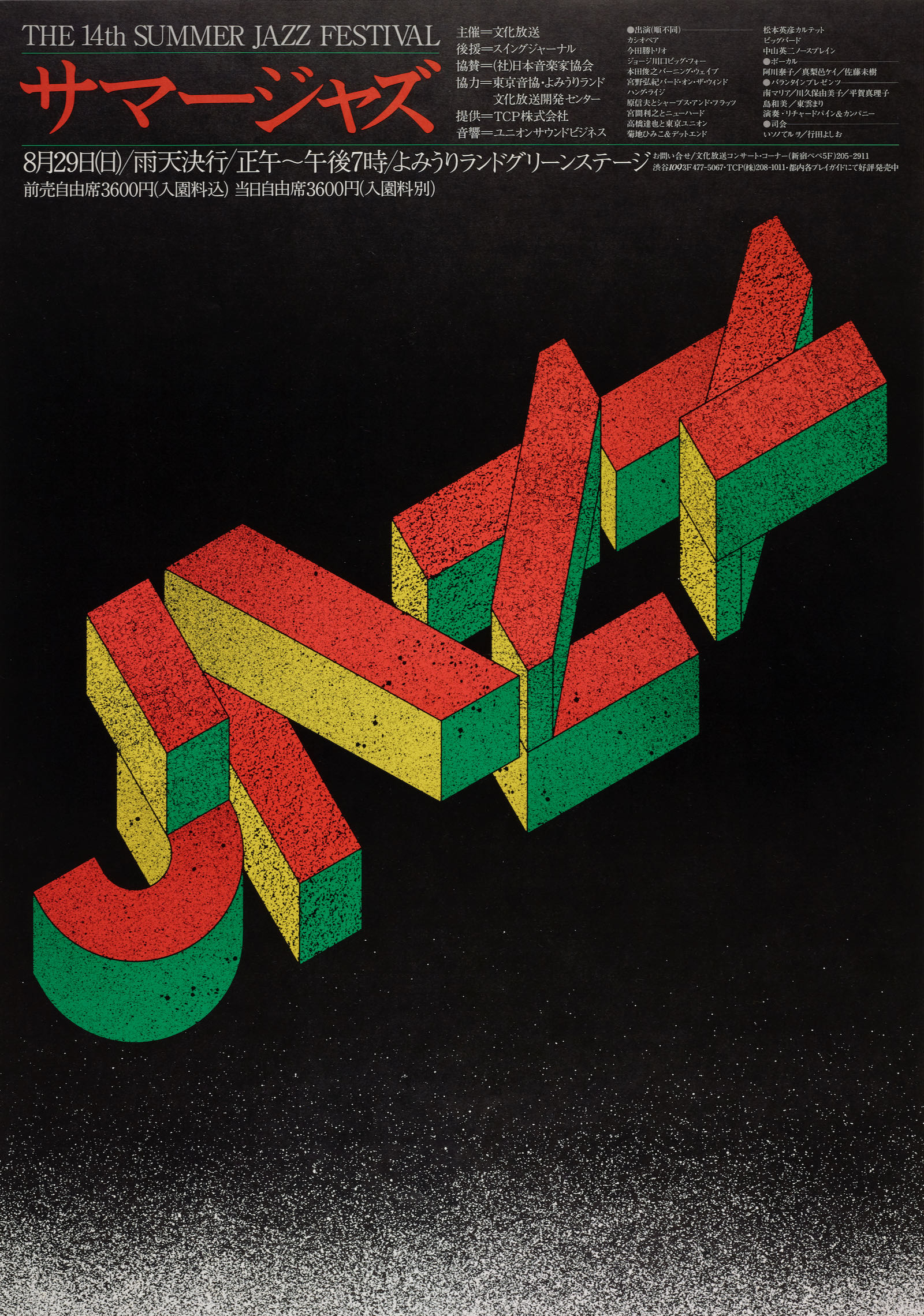 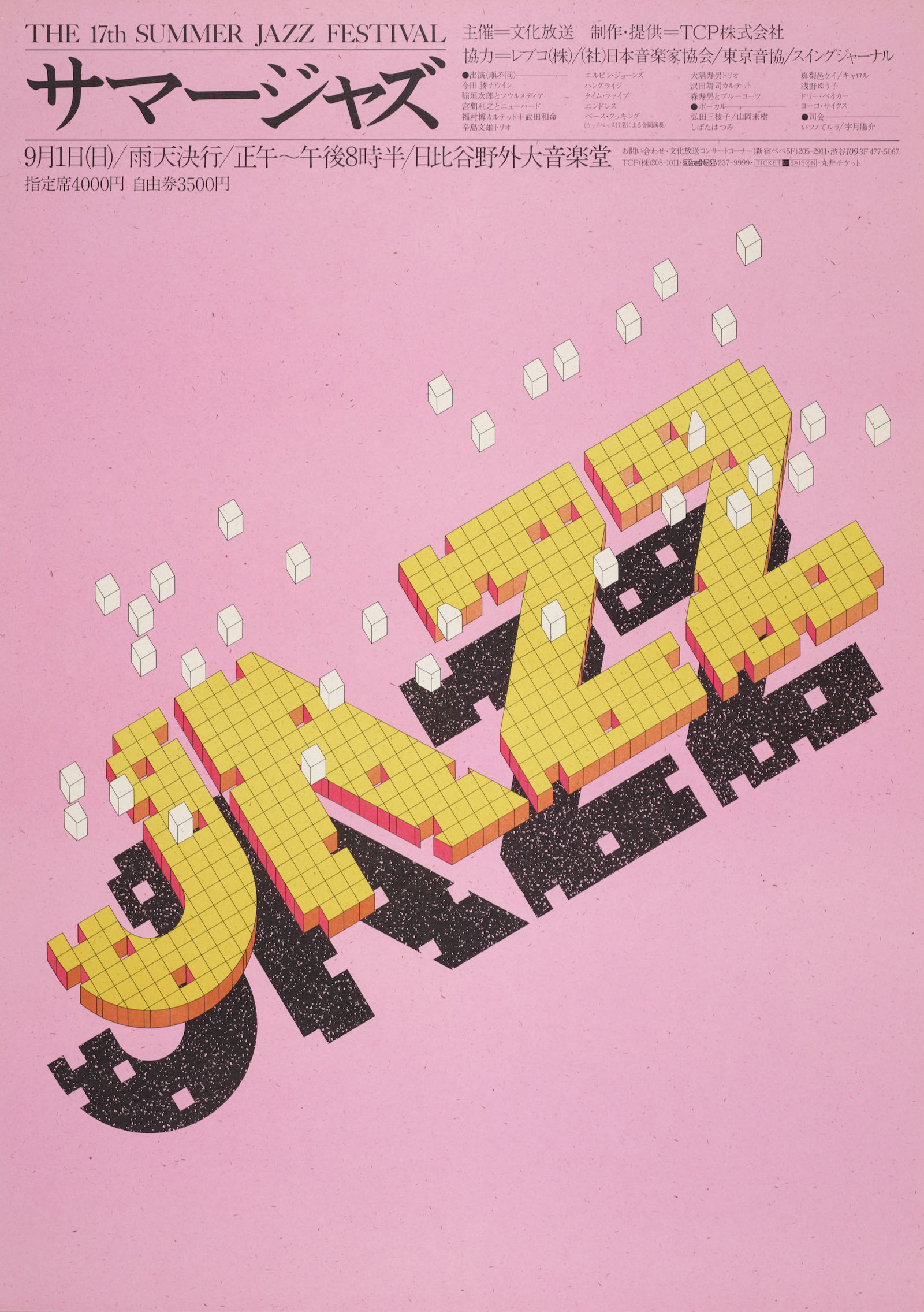